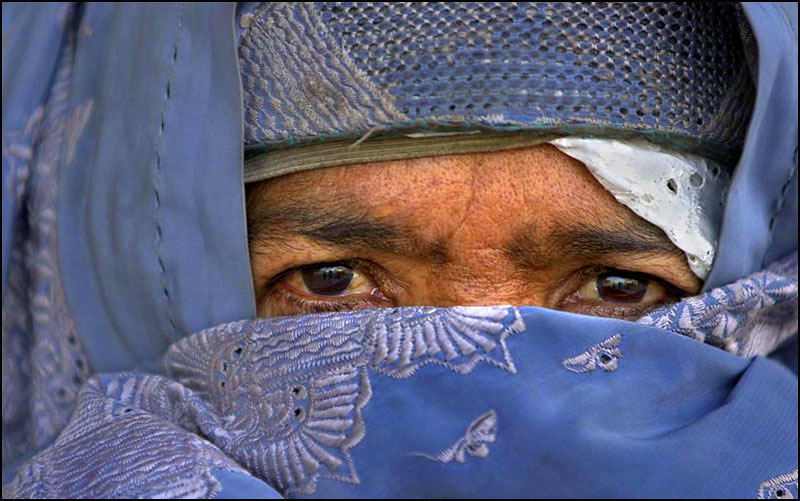 Razia, 56, fled her home near the Afghan capital of Kabul on October 5, 2001. She lost her husband and two sons in the war against the Soviets, and has escaped to save her youngest son. "Now that the United States itself has experienced some pain, maybe they can understand the situation in Afghanistan," she said.

• Coverage of state and regional news in New England.

• Bachelor of Science degree in Journalism with a concentration in photojournalism -1976.

The Society of Professional Journalists, Sigma Delta Chi National Award for feature photography for work in Pakistan and Afghanistan in 2002.

The Knight Ridder Excellence Awards, 2002 for work in Central Asia.

First place honors from the South Asian Journalists Association for outstanding special project in South Asia in 2000 and again in 2002.