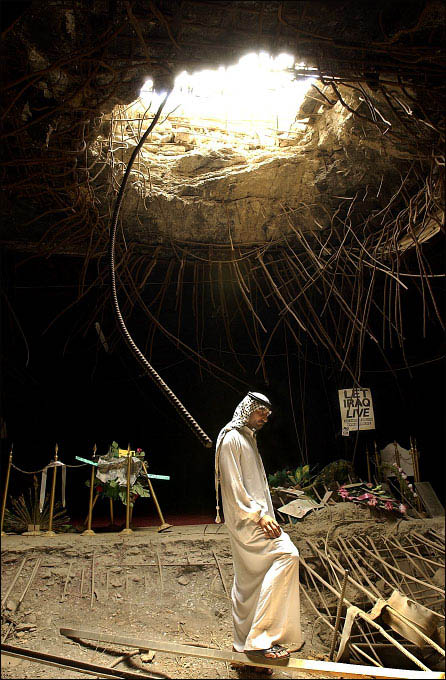 Salimar Mahal Al-Flahi stands watch beneath a hole gouged by U.S. bombs and left unrepaired as a memorial at the Amariyah Civilian Shelter. On Feb. 14 1991 U.S. military dropped two bombs on the shelter by mistake killing 394 women and children who were inside. The first bomb was dropped thru a ventilation shaft which sealed the doors closed. The second bomb followed two minutes later. Many Iraqis wonder how many other "memorials to death" will spring up around Baghdad after the March 2003 invasion by U.S. forces.